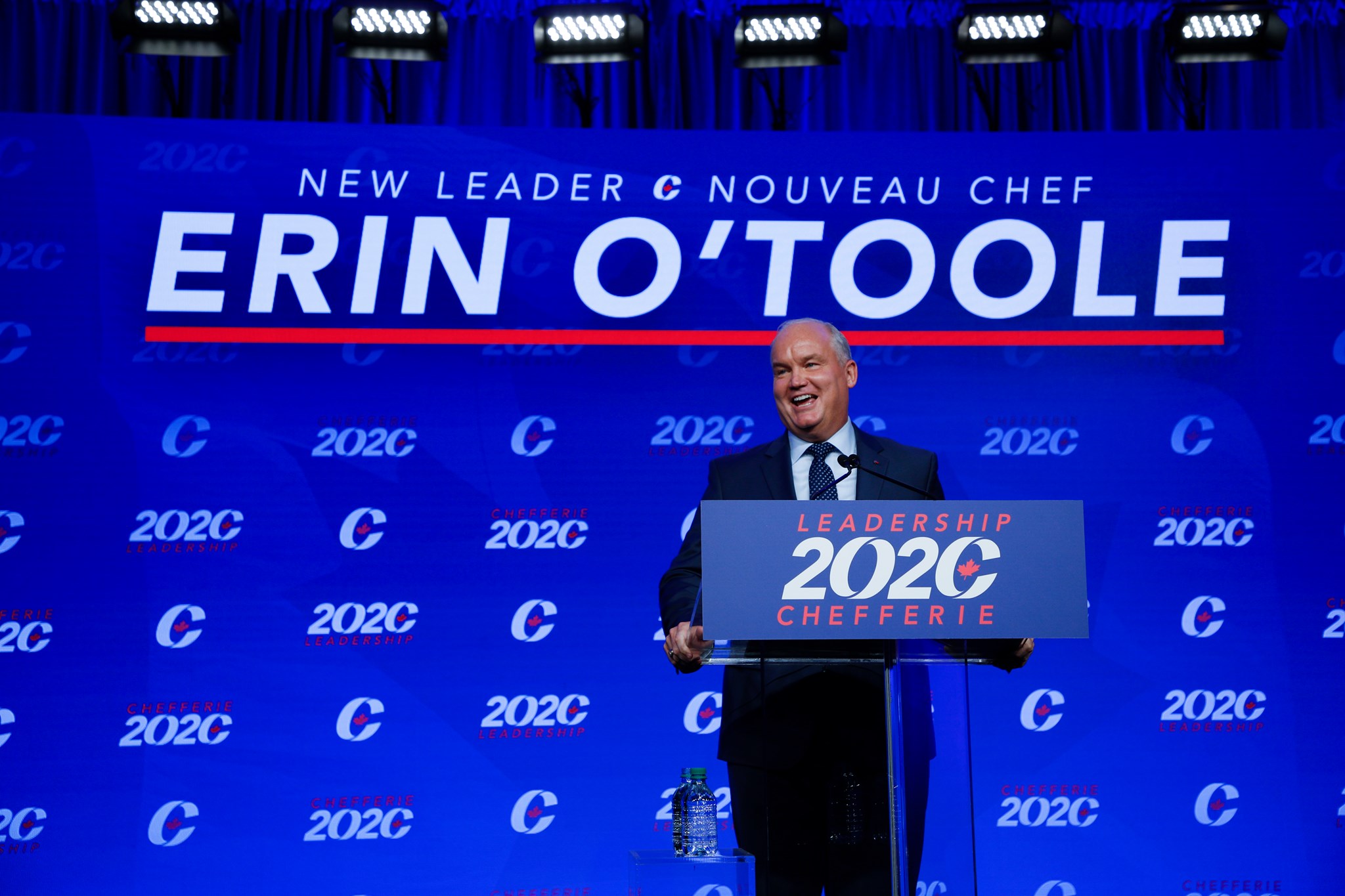 Erin O’ Toole has been elected as the new leader of the Conservative Party of Canada and as a result, the new leader of Her Majesty’s Local Opposition. This means that O’ Toole will lead the fight against Trudeau in the next federal election and lead the official opposition in holding the government to account.

After former leader, Andrew Scheer, announced that he would be stepping down in December 2019, a leadership race was announced by the party to replace him. After months of campaigning in an unprecedented leadership race, Erin O’ Toole emerged victorious with 57% of the vote on the third ballot.

His victory came as a result of the largest voter turnout for a Canadian leadership race in history with over 174, 000 Conservative Party of Canada members voting for their new leader. Conservatives have been long awaiting a new leader as speculation of an early election has reached a new high after Justin Trudeau found himself in his third ethics and conflict of interest scandal.

“To the millions of Canadians that I am meeting tonight for the first time…Hello, I’m Erin O’Toole. You are going to be seeing and hearing a lot from me in the coming weeks. I want you to know that I am here to fight for you and your families.” O’ Toole said during his victory speech with his family by his side.  “Today, you have given me a clear mission: To unite our party. To champion our Conservative principles. To show Canadians what we know so well -- that Justin Trudeau and his team are failing our great country.” O’Toole added.

O’ Toole has been elected three times as the Member of Parliament for the Ontario riding of Durham and went on to serve as the Minister of Veterans’ Affairs under Stephen Harper’s majority government. Prior to entering politics, Erin O’ Toole served in the Royal Canadian Air Force as a captain and later became a lawyer.

Local MP, Dan Mazier, expressed his excitement for the new leader after publicly endorsing O’ Toole in the leadership race. “I am really excited that Erin will be leading our party into the next election. I know that he has a deep understanding of rural Canada and the important role our region and people have in our nation which is why I look forward to serving under his leadership.”

O’ Toole has already begun working in his new position and plans to announce his leadership team and shadow cabinet in the coming days. He has stated that he will be ready for an election at any time and will soon be discussing with his Conservative colleagues the best way to topple Justin Trudeau’s minority government.